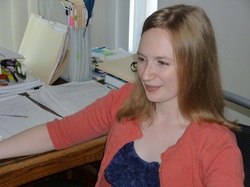 4) Crime and Violence
(2018) book chapter in ﻿An Economist's Guide to Economic History﻿, edited by Matthias Blum and Christopher L. Colvin.

Abstract: Is there any return to education in criminal activities? This paper is one of the first to investigate whether education has not only a positive impact on legitimate, but also on illegitimate activities. We use as a case study one of the longest running criminal corporations in history: the Italian-American mafia. Its most successful members were capable businessmen, orchestrating crimes that required abilities that might be learned at school: extracting the optimal rent when setting up a racket, weighting interests against default risk when starting a loan sharking business or organizing supply chains, logistics and distribution when setting up a drug dealing system. We address this question by comparing mobsters to a variety of samples drawn from the United States 1940 Population Census, including a sample of their closest (non-mobster) neighbors. We document that mobsters have one year less education than their neighbors on average. We find that mobsters have significant returns to education of 7.5–8.5% , which is only slightly smaller than their neighbors and 2–5 percentage points smaller than for U.S.-born men or male citizens. Mobster returns were consistently about twice as large as a sample of Italian immigrants or immigrants from all origin countries. Within that, those charged with complex crimes including embezzlement and bookmaking have the highest returns. We conclude that private returns to education exist even in the illegal activities characterized by a certain degree of complexity as in the case of organized crime in mid-twentieth century United States.


7) Taking Technology to Task: The Skill Content of Technological Change in Early Twentieth Century United States, Explorations in Economic History, 50(3), 2013.
Winner of the Larry Neal Prize for best article 2013-2014
This paper presents a new picture of the labor market effects of technological change in pre-WWII United States. I show that, similar to the recent computerization episode, the electrification of the manufacturing sector led to a "hollowing out" of the skill distribution whereby workers in the middle of the distribution lost out to those at the extremes. To conduct this analysis, a new dataset detailing the task composition of occupations in the United States for the period 1880-1940 was constructed using information about the task content of over 4,000 occupations from the Dictionary of Occupational Titles (1949). This unique data was used to measure the skill content of electrification in U.S. manufacturing. OLS estimates show that electrification increased the demand for clerical, numerical, planning and people skills relative to manual skills while simultaneously reducing relative demand for the dexterity-intensive jobs which comprised the middle of the skill distribution. Thus, early twentieth century technological change was unskill-biased for blue collar tasks but skill-biased on aggregate. These results are in line with the downward trend in wage differentials within U.S. manufacturing up to 1950. To overcome any threat to the exogeneity of the electricity measure, due for example to endogenous technological change, 2 instrumental variable strategies were developed. The first uses cross-state differences in the timing of adoption of state-level utility regulation while the second exploits differences in state-level geography that encouraged the development of hydro-power generation and thus made electricity cheaper. The results from these regressions support the main conclusions of the paper.

_Click for a review of my electricity paper by Chris Colvin
8) Geography is not Destiny. Geography, Institutions and Literacy in Pre-Industrial England (with Gregory Clark), Oxford Economic Papers, 66(4) 2014.
​EHES Working Paper Version
Geography made rural society in the south-east of England unequal.  Economies of scale in grain growing created a farmer elite and many landless labourers.  In the pastoral north-west, in contrast, family farms dominated, with few hired labourers and modest income disparities.  Did this geography driven difference in social structure influence educational outcomes in England 1810-1845?  Using new micro-level data we show that this geographically-driven inequality is not a strong predictor of regional literacy rates.  We conclude that regional literacy differences seem to have been influenced more by culture.  In particular, areas in northern England with more exposure to the highly literate Scottish society seem to have acquired a higher demand for education, independent of local inequality.  Geography is not destiny.

Importing Crime? The Effect of Immigration on Crime in the United States, 1880-1930? (with Giovanni Peri)

Rents and Welfare in the Second Industrial Revolution: Evidence from New York City